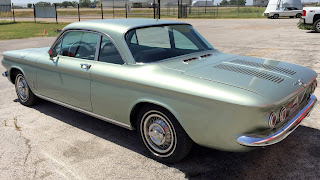 Had lunch with some folks I was in the car biz with and the “Out Story” contest began. My contribution was the saga of my friend Gene K., and his turbo Corvair Monza. 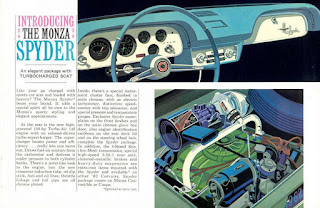 Gene and I were like a lot of young men and women from small Colorado towns. Out of high school we went to Denver where there were jobs.  Clearing right of way brush in the summer and plowing snow in the winter didn’t have a high appeal.

Gene tried to join the service but failed the physical. He was an apprentice butcher, made decent money, and had a clean older Chevy sedan.

At the time, retailing automobiles was changing with advent of factory financing companies. Spot deliveries came into vogue. Gene discovered he could drive away in a new car, drive it for a few days, and “have to take it back” because the financing fell through. About once a month he would show up in a Valiant or such.

One day he showed up in a Turbo Chevy Corsair. He decided he didn’t like it. He called the dealership asking when he should return it. “Why”, was their response?  “Your financing is approved”.

So Gene manned up and paid it off in two years. About a week after the 90 warranty expired, the car developed a full blown case of Corvair disease. I would sit back and listen to him piss and moan and then laugh. Such a good friend am I, no? 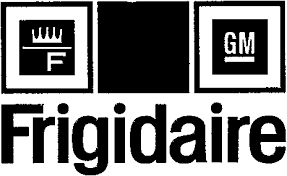 The Corvair must have cost GM a lot of lost revenue. Gene grew up in a GM family at a time when brand loyalty was a big deal. You started with a Chevy, move up to an Oldsmobile or Pontiac, then a Buick and retired in a Cadillac. Gene never bought another GM product even to the point of not buying a Frigidaire because it was made by GM.

There are few things more dangerous to peace and tranquility than bored car salespeople, IMO. “Out Story” probable approaches that. Pity the people in the adjoining tables.

We had two Corvairs when I was growing up, both were "Mom's Car".

#2 was a 1967 Monza coupe, 110HP with a Powerglide, Marina blue with matching blue interior.

The 64 needed a cooling fan bearing replaced, done by my sister's boyfriend Terry.

The 67 needed the Powerglide "serviced" after I learned about "Neutral Dumps" and "Reverse Floats" to chirp the tires.

The 64 seemed put together better than the 67, but the 67 was a much better design overall. Just the suspension improvements made in 1965 for the "Gen 2" Corvair were worth trading up for, and while the first Corvairs were cute little cars, the second generation were very sleek.

And no, neither one of them leaked oil, burned oil, had funny smells from the heater, or threw belts.

My first car was a Corvair Spyder. Had a blast with it, and sold it a couple of years later for what I paid for it. It helped that I could and did work on it myself. :-) And I'm STILL a GM guy.

Old NFO
Cynical me, I only like a large gross profit.

Oh GM knew turbos, alright. They had tons of experience with diesel-electric and aircraft installations. They were just getting their toes wet with automotive turbos.

Remember the 1963 Oldsmobile Jetfire? The little 215 aluminum V8 with the turbo?

Released at the same time as the Corvair Spyder turbo. Need some super special "Jetfire Turbo Fluid" (methanol and water) to keep detonation down to manageable levels, but was a hoot when running properly.

drjim
Don't remember that one. Do remember my first new car, a 1963 Galaxy 300 4 speed 427 cu with two 4 barrel carbs. Not an economy car. My daily driver was a 1957 Chev Apache panel with one seat. Passengers complained about sitting on a milk crate. The panel made the money to afford the other toys.

The early Jetfires were the same body as the Tempest. They came out a couple of years before the Chevelle and Skylark. I think Olds and Pontiac had a 1 or 2 year exclusive on that platform.

I recall the 60's Corvairs. When I was a kid, we drove to Las Vegas in summer months and you'd see a dozen Corvairs, broken down at the side of the road between the Coast and The Temple of the Living Elvis. People forget those days when they blaggard more modern autos. I'm not saying that they were bad, but they did have a serious reliability problem in the heat.

LL
My story wasn't bashing Corvairs, it was about a smart ass consumer (my friend Gene). As far as reliability goes, cars like Ford Mavericks kept on running. Not sexy, but functional.

Circa 1970 I was managing a mixed fleet of VW Beatles and Mavericks. VWs were, and are, high maintenance. Guess you can have sexy or reliable. Pays your money and take your chances. The pencil doesn't lie.

That Galaxy would do 150 mph at Colorado's altitude. Didn't corner or stop worth a damn but it never broke. Probably because the only accessory was a heater.

The owner was expected to actually DO things, like check the oil, and replace the drive belt for the fan every 15k~20k miles.

The belt drove the generator/alternator, and the cooling fan. Break the belt, fry the engine!

That's also what killed about half the Vega engines that failed. Run it low on oil/coolant, fry the engine!

Acceptable Engineering, but it required owner intervention on a regular basis, unlike the big, hulking V8's found in the majority of American cars at the time.

He still thinks it's a gold mine. Once he's moved on to be with the Lord, the heirs will just burn the barn down, bulldoze the cinders, and move on with life.

So much for Corvair gold mines.

Could be worse. He could have collected Vegas and Pintos.