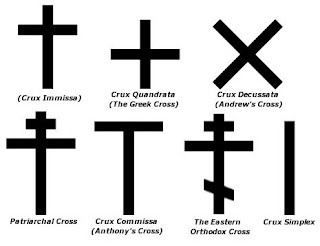 An unchurched lapsed Methodist probably isn’t the best person to comment on things Christian. That said, this pissed me off.

Posted by Well Seasoned Fool at 9:26 AM

I'm pissed off with everything that the media does this days. This simply adds one more to the list.

Agree with you about the media. The local rag did post this as an Opinion piece.

They publish some controversial opinions.
https://www.greeleytribune.com/opinion/rick-raemisch-why-i-ended-the-horror-of-long-term-solitary-in-colorados-prisons/

Once they published an opinion on mental health from me.

At least the labeled it an opinion piece, and didn't try to make it seem like it was an official church position.

First of all, ALL religion is man-made. Humans have always needed a source for finding relief, love, and reasons for why things are as they are. Stone Age peeps looked up the the many who did the most thinking and talking. He convinced them that what he perceived to be logical is how things are. Then, later on, men and women who saw thing different started their own 'religion' using fear, love, reward, or damnation. So this man has an idea and sprouting off his belief just as Martin Luther did millenniums ago. He doesn't effect my beliefs at all. If it makes him feel good, so be it. Let the towns people march with torches and pitchforks on him and burn him at the state for blasphemy. No skin off my nose.

Revisionist history pisses me off.

Wow, that's an interesting proposition... And not one I'd agree with.

Not a scholar but a reader. Seems to be a lot of historical accounts, independent of mainstream Christians, to support the biblical version.

As a student of history & currently taking a class "History of Christianity to 1517", I can say with some certainty that the idea of "original sin" and that Christ died to atone for those are Catholic constructs that are over 1,000 years old.

Read The Story of Christianity by Justo González. It is really fascinating IF you like history and aren't turned off by 500 pages. :)

I'll take your word for it. I had a late friend who studies Roman historical records focusing on Judea. Had a MA in the subject. Much of what I know came from our conversations.

As to the man who wrote the opinion piece, he comes across as an attention seeker, IMO.