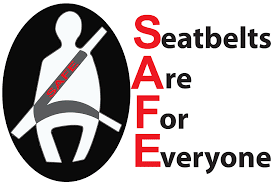 You can’t fix stupid, as the saying goes. What about willful ignorance? Maybe a slap alongside the head from abuela’s chancla might work. 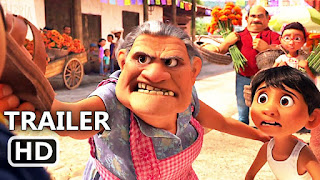 Once again hard knowledge from someone who knows. 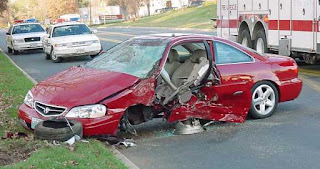 Look here! If you don’t care about your own life, have some consideration for the first responders. Much easier for them to extract your intact carcass from the wreck than picking up your scattered body parts or spilled intestines, don’t you agree?

Posted by Well Seasoned Fool at 10:24 AM

The combination of seat belts and air bags are effective for lower speed collisions. If you don't make the turn and it's 1,000 feet down, you have time to say a quick prayer.

There's an old saying, "speed kills". You can morph that into going fast or the drug, or going fast while under the influence. I've seen some nasty ones. In once case a Marine out of Pendleton took out a main power pole (16" diameter and shattered it to a point 15 feet up and then took out thirty running feet of cinderblock wall. I remember walking up to his car and looking in through the sunroof, which was open, and noting as I looked down into his empty cranial cavity -- that his brain was missing. It hit a sliding glass door two houses down from the point of impact. Don't expect me to explain the physics.

I could tell from the rear light frames that he'd been driving a Nissan 280Z. I'm guessing he lost control at about 120 mph. He was wearing a seatbelt, but it didn't do him much good. However for most accidents, they will save your life.

Col Packard did say not all accidents are survivable even wearing a seat belt.

It's so ingrained in me that I buckle up even if I'm only moving the car a few feet.

Yep, seen some pretty bad ones, too.

I'm not 100% - tunnel vision focused on some task that involves transportation. Then, in a block or two I realize I'm not belted.

A friend driving a Volkswagon Van dropped her phone as she went around a sweeping curve.
Reaching down to get it she left her lane, bumped the curb on the outside of the curve, and found herself sitting in the passenger seat of a car still going 35mph, demolishing a Van she loved.
From that point on she buckled up.
Staying in the driver's seat so you can at least partially control the outcome is a good thing.

I've seen some pretty bad ones, too. One that I remember vividly was a dude sitting behind the wheel in someone's front yard, the front end buried in an oak tree, his face cut up badly and his right eye resting on his chin. But he was buckled up. I often wondered if he lived. He was moaning when the paramedics arrived. I drove like an old lady the rest of the night.

Greybeard
Learning you are mortal can be a life changing experience.

Coffeypot
I strive to forget the blood and gore I've seen.

Odd fact, if you're retired military or active duty and get in a wreck NOT wearing your seatbelt, Tricare will NOT cover you. And I have my share of nightmares from 10 years of VFD, and non seatbelt wearers...