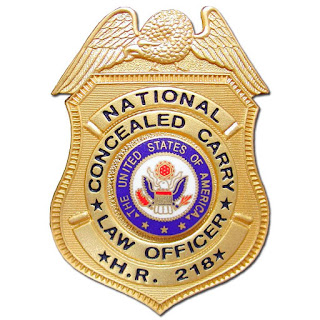 The gun control cabal never rests and no slimy tactic is beneath them, so it seems. Latest target? County sheriffs.

Their premise. “Billionaires” can bribe sheriffs in hardscrabble counties into giving them a LEOSA certificate. Utter bullshit.

How prevalent is this smear across the country?

Yuma County, Colorado is one example I know of. Something similar is happening in San Juan County, New Mexico with smears against candidates for Sheriff in the upcoming election.

The American Mainstream Maggots (h/t BZ) laud billionaires like Bloomberg and Tom Steyer who dump millions into local races. They demonize billionaires who set up foundations to help local law enforcement agencies.  Along the way they besmirch the reputations of decent men and women doing a necessary job for little appreciation or earnings.

I’m asked from time to time why I remain a registered Democrat. Short answer, stubbornness. Longer answer, it pisses off the (P)regressives on one hand and on the other I loathe the smug Jeb! RINOs. Anyone notice how many aren’t running for reelection?

Here is hoping the (P)regressives think they have a winning strategy for the midterms drumming about gun control. They should ask the Clintons how well that has worked, Bill while President, and Shillary as a candidate.

Most of us know the classic definition of insanity, doing the same thing over and over and expecting different results. The (P)regressives seem determined to prove this wrong, bless their totalitarian hearts.

If the gutless RINO Senators would pass the House passed National Reciprocity bill, much of this would be moot.

I wasn't aware of this piece of legislative genius until your post. Thank you for that but... What. A. Crock.

They hate our guns and for good reason, they're threatened by them.

Thank you for your kind comments.

218 is an obscenity, typical of police states and third world shitholes.
It creates , and FORMALIZES a class of "Kings Men", aristocrats not bound by the same laws as the rest of us.
Nothing could be further from the idea of America.
Exactly the sort of thing shots were fired about, on April 19 so many years ago.
Lords and Serfs.
Equal protection under the law. Sure.

A point of view I've never heard. Thank you for a thought provoking comment.

Arizona is a Constitutional Carry state. I'm comfortable with that. You see people packing almost everywhere. It reduces crime and those who would commit it usually move to California where sentences are short.

I'm in favor of Constitutional carry.