Of Court Costs and Fines 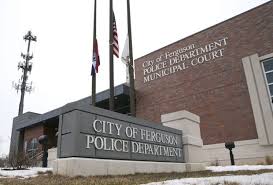 Of the many issues raised by the recent events in is the traffic ticket revenue scams rampant in the area. Good explanation here..

How many thousands of these places are there in our country?

Some are very open about it. Going North on HWY 287 from the first town you encounter is Campo, CO. 100% of the budget is  from traffic fines.  They have bragged about it in local media this year.

I vote my wallet and the only time I’ve spent a dime in that town was when I forgot to buy gas in and rolled into Campo on fumes.

The usual  response is, “Don’t speed, obey the traffic laws, etc. and you won’t have a problem”. Yeah, like you have always been in strict observance of the law. 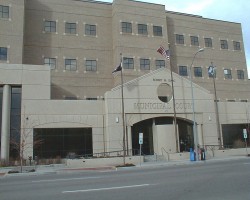 If you have money, and time, the system is different for you. In 2003 I got a speeding ticket in . I was one fish in the school but the only one with a dealer plate held on the tailgate with a magnet.

My experience with the Springs court system was similar to this.

In my case I became a pain in the ass for the system. After my third appearance, they offered me a deal. Pay  for traffic school and the ticket would go away. Their own version of this.

I ended up in an office with a cynical, but brutally honest, court employee. They didn’t care if I actually attended the school, just that I paid for it. It wasn’t cheap, but at the time I was making a six figure annual income so it was not big deal to me. Not having a ticket on my record was, professionally, a big deal.

Fast forward a couple of years and I was righteously nailed by the Colorado State Patrol going way too fast. The trooper said I was one M.P.H. from a mandatory trip to jail. I called a good attorney I knew and followed his instructions. He had me attend an eight hour driving school. $85 out of pocket. In court he got the ticket reduced to “driving too fast for road conditions” for three points, a stiff fine, and ten hours of “useful community service”.  Too fast for conditions on a hot day on dry pavement?  When I went to arrange community service, all they wanted was a check for the hours at the state minimum wage. Adding it all up, it cost me about a week’s pay.

What would have happened to me if I wasn’t making stupid money at the time? If I had to decide between court and gas to get to work? A decision between the fines and rent? Food on the table?

One of my very first blog offerings was a story about fighting a stop sign violation. I won.

Naïve me, I always thought traffic laws were written for collective safety on the road. Fines an inducement to change behaviors. Turns out it is big business. This information is from 2010. Note the compensation the red light camera providers give themselves. How many more are eating at this hog trough?

I’ve often described myself as a conservative Blue Dog Democrat libertarian populist with anarchists tendencies. (You expected consistency?) That said, I think the municipal court system is a collection of parasites feasting on the public and that brings my anarchist feelings to a boil. YMMV

I was blocked on the link to the blog post. But yes, LOTS of folks are in it for the money!

I have one friend that is a state trooper and two others that are city police and they have told me that enforcement comes via the pressure by cities and towns for only one reason, to create revenue. They could be doing more important work.

Spent many years driving tractor trailer. That is one of the more lucrative sources of income for many municipalities. It's doesn't matter how good the maintenance on equipment is, short comings are easy to find by those that are determined to find them.Think about that the next time you're bitching about the price of something that is sitting on a self of some store that was more than likely ship via a truck.

Sorry about the blocks. Computer wise, I am a Luddite.

Agree wholeheartedly about truckers. Back in the day my employer had two car carriers. One time, after coming through a blizzard, we were fined for being overweight. No quarter given because of the snow and ice buildup on the cars and trailer. Bastards!

Here in Texas it's pretty much standard that on the open road you can go up to 9 MPH over the speed limit without a problem. 10 MPH over seems to be the magic number.

As for small towns, I've gotten stopped twice in the last year for minor violations - once for going 39 in a 35 zone, and once for a burned out brake light. In both cases I flashed my CHL and got off with just a warning. Don't know if that works all the time, but it did for me on those occasions.

I've gotten off many times with a warning. Think it is part being an old fart and part attitude. Do all those little things that lowers the officers stress levels, don't argue, and be polite but not obsequious.