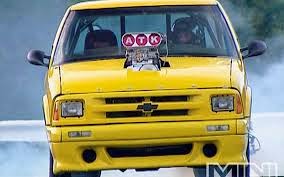 Sometime back I mentioned ATK Engines in a blog.

What follows is a very long rambling dissertation on marketing and lessons learned over the years. It will bore many of you. Consider yourselves warned.

My employer at Cowboy Corral, Steve Lance, and Peter Buttterfield, former president of Kia , remained good friends after he left Kia, and are to this day.

ATK Engines was the oldest remanufacture of automotive type engines in the . At some point, Vege of the built a plant in and acquired control of ATK. Peter Butterfield was the new president. I don’t claim to know all the details. Way above my pay grade and, bluntly, I didn’t care. One day Steve was loading some ATVs we were selling along with used cars and Miles electric cars on a tilt bed trailer while I was photographing inventory for our website when he got a call from Butterfield. Seems he wanted Steve to get involved in kick starting a somewhat morbid sales effort. Steve continued to load the trailer with his cell phone in his ear while agreeing to this new scheme. He then hollered at me,

“I’m going to help Buttefield with his sales. You, Johnny and Cody (his sons) are going to do it. You need to come up with a plan.”

Not the most bizarre assignment he ever gave me but a few details would help, don’t you think?

We spent two days in touring ATK’s operation and meeting people. ATK used a half dozen manufacturer reps for marketing and an inside telephone sales desk with another half dozen employees.

Some of you may have experience with manufacturer reps, or have spent time as one, but I've always found them a breed apart with a high bullshit component. I speak as someone who has used them, worked with them, and performed their functions. It is a challenging way to earn your daily bread.

In any sales force, there will be one or two throat ripping killers. I prided myself on being able to spot them. At ATK, the alpha killer was a thirty something woman. I made it a point to have her be the one to “show me the ropes”.

“What do you need from the outside sales force”, I asked her?

“Make the phone ring”, was her response.

Aha! The bedrock need. Now to plan ways to make it happen. The first part we put together over a long lunch at Hooters. The rest Steve and I put together in the back of the airliner taking us back to . Very sophisticated, it was, written down on a lined yellow pad. What would you expect from cowboys?

The first principal you learn in selling is:
Know your product.
Have a plan.
Work your plan.

So simple, and so seldom performed.

Let’s take knowing your product. Critical, yes, but more important is being selective. Don’t take up someone’s time telling them how to make a watch when all they want is to know the time. I had a thirty second presentation, a two minute presentation, and a five minute presentation for my cold calls. My goal was to plant the ATK name in their mind, have my little phone number sticker go on their wall, and create enough curiosity for them to look at my sales literature at their leisure. ATK had a great website with many videos for those who wanted to know if the boring machines were CCM speaking Livonian process code with Chinese symbolism. Me, I didn’t care. Were we ISO 10,260 Sigma 21 certified. Damned if I know but I can look it up for you if that is important to you. Did I mention our free 48 hour shipping? Is that important to you? How about the three year unlimited miles warranty? Can you use that?

Your plan. My belief the best way, and ultimately the best return on you effort, is belly to belly. In the case of ATK, we mapped out every possible place someone might be turning a wrench using Streets and Trips and search engines to identify the wrench turners. I spent long hours setting this up but we were able to make 20+ contacts a day in urban areas. Not so much in rural areas but I wanted to identify as many targets as possible before we hit the road. Plan hard, sell easy.

Work you plan. If you were still at the motel at 7:30 am, you wouldn't be working for me much longer.

Now Peter’s core managers were automotive manufacturer people. Six to seven figures a year compensation level people. I have the highest respect for the people who can do this, the discipline, and the people skills it takes to get there. That said, you may be able to run a supply chain with thirty two vendors, eighteen of them foreign, and use nine banks to get the job done but that doesn't mean you can run a forklift. They didn't understand what we were doing. Once a week they held a teleconference with the manufacturer reps. Such self serving twaddle I've seldom heard. I told Steve I wouldn't be part of it, and it was in his best interest to keep me away from that bunch. As I once told one of the top level managers, “I’m thrown out of more places by 1 pm on Monday than your reps see in a week”.

My response to all the criticism? The phones are ringing. The inside sales people are happy. Income is keeping ahead of expenses. You want to be Debbie Downer? Go somewhere an fuck yourself because I’m not listening.

One call will always stand out in my memory, the LKQ company. LKQ is the major automobile dismantler and seller of used parts in the country. They also sold our engines. We were asked to give an early morning presentation to their inside sales force. Cody Lance and I were tasked. Remember my remark about one or two throat ripping killers? How about a room full? Never have I encountered so many top people. It was a privilege to give them a fifteen minute presentation followed by twenty minutes of intelligent and pertinent questions. I think we did an ok job. A year later LKQ bought control of ATK Engines.

Our major competitor was Jasper Engines, a fine company with a fine product. Their spiffy sales force drove new Dodges and were well dressed. I wore Wranglers and a long sleeved shirt. They proudly parked in front of the business. I parked far away from any potential customer parking spots. Think, dammit! You want to separate the prospect from his money. Yeah, you are giving value. He is looking for a customer to come in and give him money. Think he will love you for filling up his customer parking spots? Are you that damned important?

Over the years I've made important sales because I was willing to walk a half block. Sitting on the other side as a manager, I can tell you the person who tied up my customer parking better be the best salesperson in the world because they were starting way behind while the ones who showed some respect and consideration by where they parked were people I wanted to talk with. They had something on the ball and maybe they had something I could use to make money. 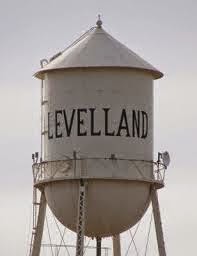 In sales, you must be strong enough to occasionally show the customer the mistletoe on your coat tails. A vivid memory is from a store in . Smart ass thirty something grandson of the owner kept me waiting. Ok, part of the game. Then he said, in a snotty voice, “I get my engines from……, so???????? (Implying why don’t you turn tail and git?)

My response? “ is a major customer, but not our only customer. As a courtesy to , we always call on the store first. Be assured, before this day is over, I will find someone in interested in my engines”.

After that reset, we had a two minute conversation. I can only guess what conversation the grandfather had with the grandson after I left.

All things come to an end as did Steve’s deal with Butterfield. I had other things that interested me and moved on. Still, it was an experience. I was in places as diverse as , , Alpine, TX, Cortez, CO and .

A word of caution to those who might be foolish enough to emulate me. I would have been far more “successful” in business by being more cautious and cunning. I always operated about one needle width off redline with little care for what others thought of me. Money was never my God, and never was my primary motivator. I never agonized over decisions. Rather, I shot from the hip. If you were to summarize my business career with only one word, that would be “unbalanced”. At the end of the day, I can say I’m at ease with how I've lived and what I've done. My motivator was, and is, results. YMMV

Posted by Well Seasoned Fool at 6:19 AM

If it worked for you, it ain't wrong. :-) And you were always able to look yourself in the mirror in the morning!

And therein is the key as you said: " At the end of the day, I can say I’m at ease with how I've lived and what I've done."

The true key to happiness!

That was not boring at all. I found it very wonderful. Of course, I am a marketing major and love cars. I could not be a salesman the way the company wanted me to in the 90s. That is why I left it. You were able to be proud of what you stand for and believe. I like that!