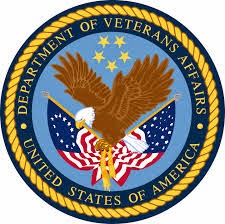 Although I no longer live in his district, I receive Mike Coffman (R) 6th Congressional District news letters. He is the VA’s harshest critic. He has introduced legislation, "No buildings, no bonuses” that should be a model for all Federal Agencies.

From a recent newsletter.

First and foremost on reform, the bill I introduced makes sure this never happens again by stripping the VA from having any authority to ever manage another major construction project again. Under my legislation the Army Corps of Engineers will manage all future VA hospital projects. Building large-scale projects on time and within budget is their core competency. It is clearly not for the VA.

Secondly, my bill is deficit-neutral by prohibiting VA bonus payments until the VA hospital is fully operational. Currently the VA is authorized to spend $360 million a year on bonuses and in the 2 1/2 years it will likely take to finish the hospital, the bonus funds can cover the entire shortfall that exists due to cost overruns. This provision protects taxpayers and focuses the VA’s mission on where it should always be — veterans, not itself.

What a concept. Your agency isn't doing it’s job, you don't get any bonuses.

Last election cycle, he was the only candidate who received a campaign contribution from me.

Maybe some day I will figure out this whole font thing.

My representative? Ken Buck. As a freshman he seems determined to suck up and go along 100% with the RINO leadership. Glad I didn't vote for him. That was one race choice I left blank.
Posted by Well Seasoned Fool at 8:39 PM

Let's hope that one passes!!!

I can see the majority of management level Federal employees vehemently opposing this bill. I also don't see the Lightbringer signing it. Still, we can all hope.

It'll never happen. The VA system is a cash cow that the congress uses to pay back constituents that donate to their campaign coffers. Especially those in the construction industries.

I hope you are wrong, but fear you are right.

Until last May when the VA tried to kill me, I've been using the VA system since 1972. I've watched it happen time and time again, WSF.

A large family farming operation donated land for a new VA hospital here in my county in Florida. The funds were approved and funds were available. Then, a politician in the neighboring county, with more clout than ours, got the approval to have it moved into his county. Where there was already a VA hospital. The new one was finished this spring....the old one is being torn down. There was nothing wrong with the old one. I have been there many times.

Just like military bases, their opening and closings are based on the whims and the needs of politicians. Little else.

Just think what great things for the patients didn't happen because the money was pissed away.