The Customer Is Always Wrong 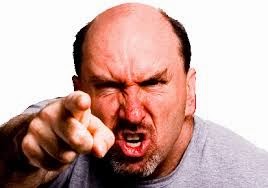 “The customer IS ALWAYS right” is firmly rooted in retail mythology. Another hoary axiom, “A happy customer will tell four or five people about their good experience. An unhappy customer will tell twenty or more people about their bad experience, and will do so for years”. As it applies to retailing automobiles, an endeavor that I spent some three decades making ends meet, it is horseshit.

Take the unhappy customer. Most everyone who knows them is already tired of their whiny ways and they have little or no creditability with the people in their circle.

Unhappy customers in the car business are referred to as “heat”. One of the best at fading heat was a young manager in Renton, WA. I learned his way and used it for years. As an aside, he was many years my junior. I don’t care what age someone is. If they have a better way of doing something, I want to learn. Let my ego get in the way of my washout check? I don’t think so. John would let the customer vent, and then would ask, “Your are really angry, aren’t you”?

“Damn right,” the customer would reply.

“Well,” John would then say, “It isn’t going to cost my anything to keep you angry, is it?” This would usually cause the customer’s jaw to drop and a stunned look in the face.

“You are out telling everyone what bad people we are at Rip Your Guts Out Motors. So what incentive do I have to do anything for you?” John would ask.

Several moments of dead silence would happen, usually followed by some very subdued remark or question by the customer.

After the long pause, John would say, “What needs to be done so that you will start saying good things about Rip Your Guts Out Motors?” Many times, after the customer realized he wasn’t dealing from a position of strength, something could be worked out. Or not, life goes on.

Another manager used his size and demeanor to take control. Dan had been, among other occupations, a bouncer at a titty bar. The moment a customer started raising his voice; Dan would glare at them and say,

A fond memory was the time I ran a two man store. The owner spent his time finding inventory and making it saleable. I did the selling and financing. One day while Russ was in the store doing paperwork, I was dealing with a belligerent bully who thought he could intimidate me into making concessions.

“Fuck you, I want to talk to the owner,” bellowed out the customer.

“I’m the owner” said Russ from across the room. As the customer turned to look at him, Russ continued, “One of the great things about owning a business is I can tell miserable assholes like you to get the fuck out of my store and never come back.”

By now, if you are still reading, you think I’m about two bubbles off plumb. Here is the point. Everyone who comes into your place of business can be a positive, neutral or negative influence on your business. All need to be treated with courtesy and respect. As an example, I watched a manager with an employment applicant toss the application in a wastebasket in front of the applicant saying, “Why are your wasting our time?” with a sneer.

I walked over and fired the manager on the spot. He protested, so I encouraged him physically to leave the premises. Since he was the owner’s son, he didn’t think I was in a position to fire him. Once Daddy heard the details, Sonny found out that yes, I could fire him, and why didn’t I kick his ass at the same time?

They want to use the restroom? Right this way. Someone cold calling? We have a time one day each week that we will listen to anyone’s presentation. All these miscellaneous annoyances come with the territory. It is the belligerent bullies and miserable assholes that cross the line that need to, and will, be shown the mistletoe on your coattails.  Mr., or Ms. Manager, just like you expect the staff to ride for the brand, you better have the backs of those riding for you. If you don’t have the guts, get out! Yes, it takes guts to be a good manager.

A final thought. Retail is somewhat like combat, except, you rarely get shot at, and the wounds are emotional and financial. Just like combat, you have a whole shitload of REMFs wanting to question and/or direct your work. Again, Mr. or Ms. Manager, you must keep these REMFs out of your sale staff’s daily endeavors. They are there to sell. Unless they are on salary, that is all they should be doing. You must be a firewall between them and the salaried administrative types.

Now, I do admire those who can tell someone to go to hell in such a way that they look forward to the trip. Truly, I do admire that ability. I don’t have it, never had it, and wasn’t interested in developing it. One General Manager I worked for said, “Tank has all the subtlety of a D-9 bulldozer at full throttle.” Despite that, he paid me large sums for several years to do the job he wanted, and, stayed the hell out my way. Results, cupcake, results.

Sometimes the customer wins. I’ve told this story in a past blog, but will repeat it. We had branched out from retailing automobiles to representing an engine rebuilder, and I made a cold call on a shop in Colorado Springs. The owner told me about a past experience with the rebuilder involving a defective remanufactured cylinder head and how he was rudely instructed to return it, properly packaged, to receive credit. His choice of packing material was horse manure. As he was telling his story, his staff had gathered around. When he finished, he just looked at me with a, “What are you going to do now, Bubba” look. Me? I just started laughing. What else could I do? It was funny as hell and appropriate.

And when is the customer usually right? When their approach to the problem is calm and civil. Then you don't end up like this. 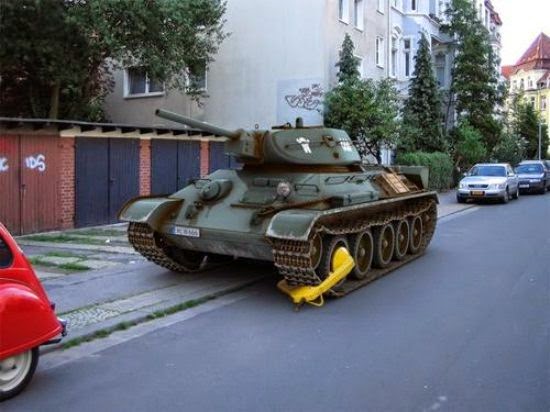 Posted by Well Seasoned Fool at 10:19 AM

Thank you, I think.

Agree. Been in both places. Found it hard to just support, and not interject myself in operations.