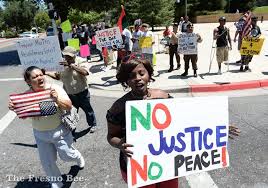 Tracy Martin and Sybrina  Fulton were working, prior to their son’s death, as a truck driver and a county employee, respectively. They separated when Treyvon was a toddler. Now they are on the talk circuit. How are they paying their bills; where is the money coming from? Of the “settlement” from the homeowners association, how much went to the lawyers?

April 20, 1999, Daniel Mauser was among thirteen people killed at Columbine High School. At the time, Tom Mauser, his father, had a management job with the State of Colorado. Since then, he seems to work full time at “gun control”. The rest of the parents got on with their lives. How is Tom Mauser paying his bills; where is the money coming from.

Javad Marshall-Fields and Vivian Wolfe were shot and killed in  Aurora, CO., June 18, 2010.  He had witnessed a gang related murder and was scheduled to testify at a trial. He was killed to keep him from testifying. How he happened to be where a gang related murder took place hasn’t been made clear. His mother, Rhonda Fields, has capitalized on her son’s death to get herself elected as a Colorado State Representative, despite a less than stellar background.

Where, and how, did an airline employee get the money to run for public office? Her criminal record would get her fired from most companies. Someone is paying her bills.

I personally know one state legislator (she once worked for me) and I know who put up the money for her to run.

We now see some of the Newton, CN parents traipsing around the country. How many are independently wealthy? Where is that money coming from?

Gabriella Giffords and Mark Kelly are flying around the country in a private jet promoting “gun control”. We know the jet is controlled by the Colorado Monfort family. If I were a stockholder in any of the Monfort companies, I would want to know if that jet is operating on Monfort’s dime, or are the stockholders picking up the tab? Or, are we taxpayers eating the tax write offs on the airplane.

How dare you, WSF, question the people who have suffered such horrible losses? Have you no compassion, no empathy?

Very simply, these people have put themselves into the public arena. They are advocating laws that affect me. Damn right, I’m going to question what they are doing.

Now, if we follow the money, it will lead to someone, who can afford to subsidize people that engender public sympathy, to advance an agenda. Think I’m wrong? Bite me!

This rant isn’t directed to people who are trying to make a difference, to make their loss mean something, and to keep others from suffering that loss. I may not agree with them, but they have my respect. It is the people who make a living off that loss that turn my stomach. Your mileage may differ.

Follow the money... That will give you the answer... I think Bloomie and Soros have a hand in a lot of this. Just sayin...

Look at the way they are dressed in TV appearance. Those are NOT cheap clothes.

Trayvon's parents have also copyrighted any references to his name. I can see a t-shirt booth popping up everywhere.

But, I blame lawyers in that case as I don't think his parents would have thought of this on their own. And that's not to say that they are dumb. If the shoe was on my foot I really couldn't see myself entertaining that thought.

Guess we should be thankful we aren't in their shoes. I might respect him if he appeared in work clothes and a soiled hat; proud to be a working man. Both of them are being hustled.

I think you're right. The powers that be are going to use them up and ultimately throw them to the curb.

The money trail will show everyone just exactly who is behind them. Just don't be surprised at where that trail leads.

Probably. I don't have much sympathy for people who let themselves be victimized.