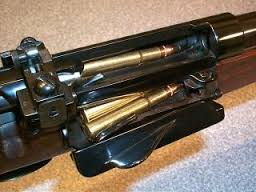 Old NFO wrote a great blog about his first rifle, and it’s history.

I never had my own firearm as a kid but always had access to whatever was in the family, mainly a Winchester lever action .22 with an octagon barrel and a circa 1950 Winchester Model 94 in .30-.30. We were never handgun or shotgun people. Those two lever actions put a lot of meat on our table. During my teens, Moffat County, CO had a bounty on jack rabbits. Think a pair of ears was worth a nickel. A lot of jacks were shot!

Two bolt actions were added to the family collection, a .257 Roberts (maybe-that is what we fed it) cheap surplus Italian rifle that stayed about two seasons and,  finally, a Model 70 with a scope in .30-06. That was the first firearm with a scope in our house. 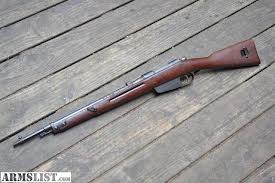 The local town had an active NRA  Junior Rifleman program with some decent .22s - all single shot bolts. I spent six years in the program, and learned to shoot from some really good people. My sister, some nine years younger than me,  was in the program and is good! Scary good. 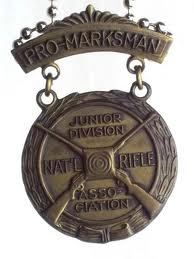 My first purchase was a VFW discard .30-.40 Kraig that needed some serious repairs. I was around 14 at the time, bought it at a local auction for, if memory serves, $15.

I could beat my father hands down killing paper. No one, and I mean no one, was better when it came to shooting game. He said it came from his youth when it was get good or starve; what he called, “The belly flapping principal”.  He wasn’t kidding. He was in the middle of eleven children. His father died when he was fifteen. The older brother and sisters had moved on. He fed his younger brother and sisters with the game he shot. Best poacher in Northwest Colorado.

The Junior NRA background really helped when I went into the Army. Qualifying with a M-1, I missed three times. The first, a 5 second pop up at 20’,  I flat missed - too high. The next two were 10 seconds at 350 yards. I hit them, but it was raining so hard the scorer couldn’t see. Weak shit! (And I never, ever, had a M-1 thumb). 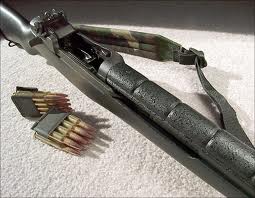 At the time I went through Army training, the Army didn’t have a formal sniper program.  A handful of us from the Basic Training Battalion spent three days with some senior NCO’s  doing stuff the others didn’t. Me? Totally defeated by camouflage! On to Combat Engineer school where they found I was a natural with a M2 .50 and a 3.5 Rocket Launcher. Damn, that was fun. Not so fun hauling a M-2, as a crew, on road marches. 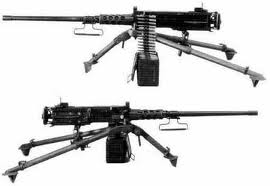 The rifle I didn’t like was the M -14. Today, I understand, it is a fine weapon. The early ones weren’t. Please, no arguments. The stocks would break at the pistol grip with hard use. Any kind of sustained fire would get them hot, and they would jam. Never saw a M-16.

Not confident with the reliability of a M-14, I bought a Mannlicher Model 39, high comb, 3x9 variable scope, in .308. Please understand, we were about one hour in a fast tank from the Fulda Gap. If we went to war, I wanted something I could depend on.

We had a very good, and active, Rod and Gun club. We had weekend access to a 500 meter range. A whole lot of my money got spent on toys, and their food, at the Rod and Gun Club. Good times!

Seems like in any military unit there is a small group of dedicated shooters and a few lurkers. Most of the rest aren’t interested. Never understood it. Yes, we weren’t at war, yet. Many of us spent time at the East German border fences. If that didn’t sharpen your concentration, damn it, you were a casualty waiting to happen.

Since I no longer hunt, have let all my hunting rifles go to those who will use them. As to the rest? Gosh, I’ve lost them! Think I’m down to a cheap Chinese single shot .17 air rifle. Nothing to see here, storm trooper, just move on.

Getting back to the M-14. Our small group of shooters included our company armorer, a cook (who was NRA Junior growing up), and a Camp Perry winner. Depending on our company commander, we were able to take our issue M-14 to the Rod and Gun Club range. We fired well over a thousand rounds of Military Surplus Belgian made FMJ 7.62 NATO with those M-14s. We never fixed the reliability problems with the tools and lubes we had at the time.

So, a long blog entry that says little but, it is my blog. From the time I was a little kid,  firearms were a tool, nothing more. We learned how to use one safely, like we learned to always move a tractor in reverse first in case the tires were stuck, or why knives had sheaths and why you cut away from your body. Oh, and don’t use your finger as a drift pin.

All photographs taken off Google. Hope they are all in the public domain. If not, contact me.

Posted by Well Seasoned Fool at 9:47 AM

Great post and you're NOT the first one I've heard bitching about the M-14s... And good point about the Jr. NRA shooting, we did that too! GREAT training!!! Too bad all your guns grew legs...

Thanks for the comment. Seems a lot of folks have lost their firearms. Boat accidents seem to be the leading cause!

Great line up you put up there, WSF!! M-14's were LONG gone by the time I was dragged into the Army in 1970. Even before I entered the Army I heard horror stories about the M-16. It was pretty much cured with a lot of oiling.

My youth was much the same as yours. We were a hunting family.

My favorite rifle was my Dad's Springfield 30-06. He was great at wood working and created a stock for it that was a work of art.

We grew up with horses and spent a lot of time clearing the woodchucks from where the horses ran....didn't want them to break a leg or something. I got 55 woodchucks with that 06 one summer when I was 12 years old.

Because of the 30-06 and the peep site I had a leg up on most of the others when that M-16 was put in their laps...peep site and all. Not bragging but because of everything my grandfather and dad taught me about shooting I was a crack shot by Army standards. Could be the reason they ultimately put me in the infantry.....or they were getting even for me turning down Warrant Officer school and helicopter flight school......I was even close to being enamored with a 6 year hitch in the Army.

OH....and we had a lot of shotguns around the house. Back in the day and it's still true, it was the only thing that was legal for deer in the upstate New York area where I grew up.

Up north or in the southern-tier one could use a rifle then. We didn't bother going there, we always bagged our limits close to home. That was about half way between Buffalo and Rochester NY.

Also we were big on hunting Pheasant.

Since my stint in Vietnam, I just couldn't get interested in hunting any longer.....I could kill something, no problem. But couldn't get in the field dressing the critters anymore.

About all I have nowadays is a few sidearms and a BB guns that I use on the feral cats that like to pee in my bushes!

Badgers and prairie dogs for us. The feral cats lived in the barn and kept the mice population down. In the winter, loose dogs would cross the frozen river and get after our live stock. - 20 outside, get up, open the window, and start shooting. Being night, missed often.

Average shot for a deer was 100 yards. Double that for an elk. What birds we hunted, we did with the .22. Wasn't until I left home I learned you were supposed to let the birds fly first. Not much use for a shotgun.

If one wanted a pheasant where I was, you had to use dogs. Weeds, more times than not, were too tall to get one on the ground. You could hear 'em running but you couldn't see them.

You mention .22. My grandfather gave me one of his .22s. Remington pump, hex barrel with a hammer. What a great little rifle that was too. I gave it to my oldest brother.