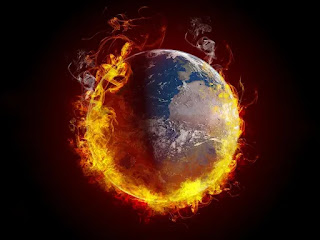 A Saturday at home as I’m not working so maybe I can offer something interesting.

It is coming ala China. Maybe covertly, maybe openly, but the elites are going to try. Your health is your business? Hah. Your health impacts health costs and as a good little serf you will be monitored.

Your smart phone is already monitored. The scofflaw in me envisions a mechanical device to move the cell phone. I already have an exercise machine. Yes, government twit, I use my exercise machine at home to get my required exercise. Do you need video?

What isn’t stated in the article is just who decides if news if fake. If they ever have, the American Media Maggots (h/t BZ) have long abandoned who, what, why, where reporting.

Part of my daily reading is Science Tech Daily as you can see in the above paragraphs. Type climate change into their search bar and almost all article are pro, “we are all going to die”, climate change. Rarely is a contradictory position printed.

YouTube, if you care to search, has many offerings debunking climate change.

He spent a night with Sisty as I was in Nebraska on assignments. He seemingly was able to cope. 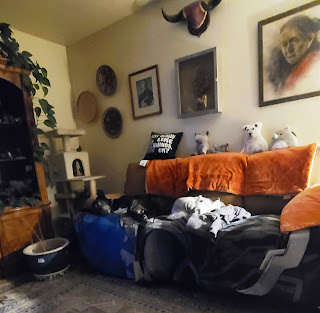 The eye exam went as expected. I have cataracts in both eyes. Now to schedule the procedures. The recommendation is to do one eye at a time. Macular degeneration, not curable today, affects the right eye. The staff seemed to expect me to have that done first. To my question of which eye will give me better vision if done first, the answer was the left. That is what I’m going to do. Now to schedule the procedures.

Other aspects of my eyes, pressure, etc. are all in the normal range. 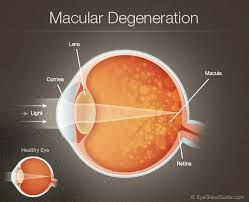 At a convenience store in North Platte getting my morning coffee fix a situation occurred I found disturbing. A young woman with two small girls came in and went to the ATM. As I was leaving I overheard her talking on her cell phone telling someone her card wasn’t working and she couldn’t buy her children breakfast.

For a moment I considered going back in and giving her some cash then decided to mind my own business. Raising my own sons, I was damn near in that some position a few times.

One possibility was she had enough on the card for a small purchase but not enough to draw money.

In my school years, there were Home Ec classes. Our school had a functioning kitchen. Most of the female students, and a few males, took those classes. In addition to learning how to prepare food, budgeting was taught.

Going back to the young woman and her situation, the cost of a convenience store breakfast would buy a week’s worth of milk, oatmeal and sugar. If time in the morning is limited, prepare the oatmeal the night before, pop it in the microwave oven (who doesn’t have one now?), and the children can eat in the car on the way to school/day care. 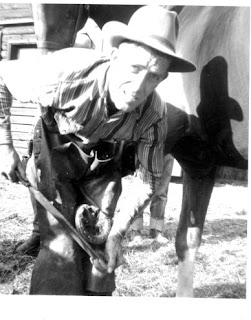 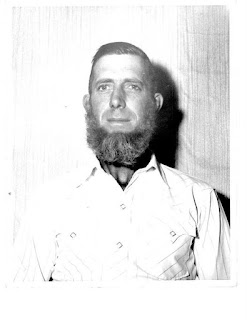 My middle son is high on the Asperser Syndrome Scale. Photographic memory, marginal social skills, and introverted.  He marches to his own drummer. Some of his coworkers complain about his shirt’s message and his tattoos. Not always stated, looking like an ax murderer. He stands up to management. “Want me to cover up? Then make the other workers put away their religious symbols, crosses, “Jesus Loves You T-shirts, etc.”

Where he is now was a reaction to being bullied by religious zealots as a kid.

While we don’t agree about his beliefs, I’m proud of him for standing his ground.

Our family motto. “We won’t fuck with you but if you fuck with us, we will fuck you up”.

That's a powerful motto! And good luck with eyes. Global warming? What a thieving crock of lies.

LSP
That sums up the outlook of most of my relatives on both sides of the family.

LL
Shop is still taught in some rural schools. The skills I learned in High school shop classes I've used all my life. Perhaps the most important is how to approach a mechanical problem.

My dad just had cataract surgery on both eyes (I think about two weeks apart?) He says the difference is incredible, that the deterioration was slow enough that he didn't really see how bad it was until it was fixed. Medical science can be amazing.
Best of luck with that.

As for the person wanting to get breakfast for her kids? I have to agree, buying at an inconvenience store isn't probably the best use of cash. I probably would have done the same thing you did.

Ami
My late friend, Dirty Al Imhoff said the biggest difference he noted after his eye surgeries was the county had put up several stop signs during his absence.

Good luck with the eyes, and agree on the left first. Your family 'motto' is a good one, and standing up for one's self today is RARE in the workplace. Most just go along to get along... sigh

Mac degeneration-
My Dad had it also. I think he said he was told heavy cigarette smokers are more likely to have the problem. Were/are you a smoker?

Old NFO
Life might be easier if we,as a family, went along to get along. Doesn't happen. Genetic, perhaps?

Slight correction - our Father was born in 1921. Someone has to keep WSF straight.

Sisty
It is a hard job but you do it.

My Dad was born on 7 Dec 21. He had joined the Indiana National Guard as a 19 yr old.
His 20th birthday celebration was an eye-opener.