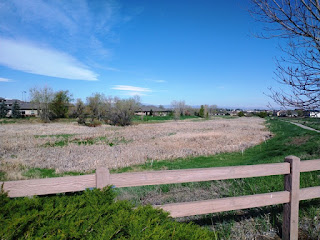 Nice morning for a change. We’ve now had two days without rain. The wetlands we walked past this morning have standing water bank to bank. There are a lot of blackbirds living there and it is soothing to hear their chattering as we walk by. Later, they will keep the bug population under control. 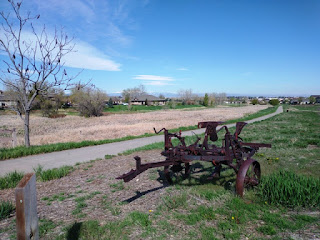 The lenticular clouds are back indicating a wind shift to our more common pattern.

Vulture row, aka designated smoking area, had the neighborhood watch in place. They observe everything, having nothing better to do, then gossip. 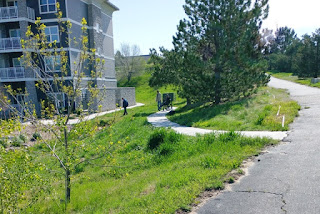 Yesterday the Coven was gathered playing their Wahoo game. Not a face mask in sight. Seems the building manager has given up enforcing Emperor Polis’ decree. 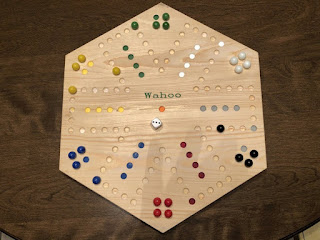 An assignment yesterday took me past the town of Keenesburg. Coming back on Road 49, at the intersection with Highway 34, an accident had everything blocked except one lane headed north. Ah ha, says the local knowledge guy, I’ll just run up to the Airport Road and head north to my next call. Yeah, that route is down to one lane for paving. Jumped off on one of the unpaved roads and got around the jam, adding twenty minutes, and twelve miles, to my trip. One benefit was Banner had his head out the window enjoying the new smells.

Such an exciting life that dog and I lead!

Posted by Well Seasoned Fool at 10:23 AM

The Gutter Guys came by this morning and replaced the damaged gutter and downspout. The said the company that installed the gutter guards when we had the roof replaced installed them wrong, so they called 970 Roofing, who will send them back with new gutter guards, and install them at no charge to us.

And now the handle on the storm door into the garage has broken. Came apart in my hand when I went out to the garage last night. Glued it back together with good, old JB Weld, and I'll put it back on later after the epoxy cures.

JB Weld. Use it often and don't mind spending the $2 for the gadget tube that mixes the two components together as you squeeze.