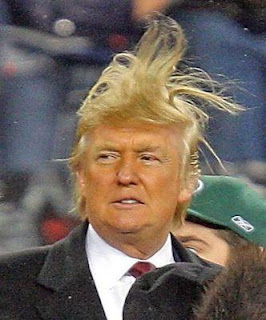 Once again WSF goes wandering about trying to make sense. A rambling and possible nonsensical blog. You have been warned.

There have been times in our recent history when bold initiatives produced great results. Foremost is WWII and the aftermath.

The Marshall Plan in along with the creation of NATO were bold and daring moves. Granted, they were motivated by the fear of Communism in general and in particular, but paid off. First, recovered economically. Second, the Europeans (who so enjoy bashing the ) haven’t been killing off each other and dragging everyone into their periodic wars.

Putting MacArthur in charge of post WWII was bold. He was a polarizing man, and a flawed human being, but he was the right man at the right time.  My late father who was in during WWII loathed MacArthur but would admit he did the job in .

What have we had since then? Half assed efforts hobbled by aversion to risk taking, and politically covering of asses.

The only bold and daring recent event I can think of was Margaret Thatcher’s response.

War on Terror? Give me a break. Gutless payroll patriots and poll reading politicians running a war with more interest in focus groups polling than military history. I include flag officers in this sorry mess. A Patton? A Nimitz? A Spaatz? Don’t see much resemblance to them in the current crop. More the triumph of the REMFs.

Which leads me to Donald Trump.  He is nothing if not bold, although I see little substance in his rhetoric. I think he is tapping into this country’s desire for bold and decisive actions and results. We are still a nation of risk takers even with the deadening hand of government bureaucracy. The group of risk takers I’m most familiar with are car dealers and wholesalers. They are all in for Trump.

Is he the right person to be president? Damned if I know. What I’m enjoying is the discomfort and outrage of the professional political class, especially RINOs, with a nod to the (P)regressives being aghast. Of course, the (P)regressives think he will only help Shillary. Perhaps, if we are fortunate, she may soon self destruct. Her ethical stench is making even hardcore (P)regressives gag.

Speaking of crazy hair, how about Trey Gowdy? That is a man I could get excited about. Seems to be one of  the few Republican with brains, guts, and tenacity. 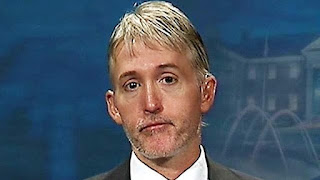 As always, YMMV.
Posted by Well Seasoned Fool at 9:33 PM

I like Trey a lot. Trump is just saying on camera what we all feel and believes needs to be said. But that is all it is. He cannot do anything without Congress. And he is burning too many bridges with them to be effective. Unless, of course, you bypass the Constitution like Obama does, the power of the President is (or should be) held in check by the Congress. But not so much these past 10 years or so. So far I still like Carley and Cruze. I like Ben Carson, too, but not sure he is ready for politics (though one cannot get more political than in the medical field.) As for Hillary, I believe she belongs in the Jail House and not the White House.

+1 on Shillary along with her criminal partner.

Here's the best commentary I've read on Trump to date.