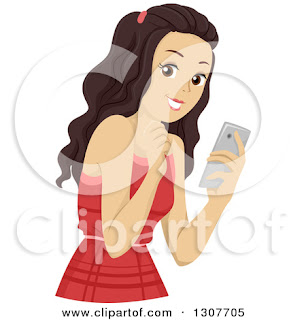 Warning. Grumpy old man going off on a rant.

Cell phones and women. Yes, women. Men use them too,  only  far less and have shorter conversations.

My employer provides each driver with a company  cell phone for the duration of the shift.  These are old school flip phones. The procedure is to call “Dispatch” to log on with that specific number. At the end of the shift you call “Dispatch” and log off. Then you plug in the phone to the charger and leave. Other than talking to Dispatch or a specific customer there is no reason to use the cell phone. A phone may be used by three different drivers during a 24 hour cycle.

What do I find at the start of my shift? A phone not on the charger but with a low battery. OK, find a phone that is charged and swap batteries. Out of respect for others, find a charger and plug in the phone that now has a depleted battery.

Out of curiosity, I like to check the call log. When the preceding user is a man, there is usually four or five calls, all to Dispatch or customers. Duration? Under five minutes per call.

When the preceding user is a woman? Ten to twenty calls to other drivers or numbers not in our system. Duration? Many minutes.

In the short time I've been with this company, two drivers (both women) have rear ended another driver. The cell phone record shows they were on the phone at the time of the accident.

My question is, if you need to chatter with another girlfriend, why the hell not use your own damn phone? Do you take stupid pills before coming to work or are you totally, like, clueless?

My last stop at the end of shift is a gas station. Fill the tank and wash the windows. Takes ten minutes tops. One guess as to how I find the car when I come on shift.

Over and over I remind myself I am RETIRED and no longer concerned with herding cats. The job is only to pay off some medical bills. That doesn't stop the ingrained management observations that still cause the stupid to burn. Shut up WSF, clock out, and go home.

Oh how I wish would go the route and ban handheld  cell phones in moving vehicles. I see drivers cross intersections on the green never looking left or right because they are engrossed in their phone call. If their left hand holding the phone to their ear and their right hand is making gestures, I guess their knees are doing the steering.

Enough waste of bandwidth WSF. Go back to playing poker on your computer.
Posted by Well Seasoned Fool at 7:26 PM

We have a law in Oregon that one has to use a hands free device. But every day I see people talking on their phones, TEXTING while they drive, and otherwise being stupid behind the wheel. Because I pay attention behind the wheel, so far I have managed to avoid any of them running into me.

The use of cell phones that bothers me the most? The people who are on their phones in the grocery store. They shop while chattering. Get in line, still going blah blah blah. And ignore the person who's ringing up their order. There is no human interaction. Hate that.

Saw some teenagers last time we went out to dinner. All of them had their phones in their hands and were completely ignoring the people they were with to use their phones.

Perhaps cell phones trigger a recessive asshole gene and cause some people to become complete assholes??

Yeah, endemic anymore... My rule when I go see the kids is cell phones are off/on the counter until AFTER dinner... :-)

God rule. I ended a budding relationship in part because of her cell phone addiction.

I am amazed that almost every woman driving on the road has a phone next to her head. Is that part of the exam to get your drivers license now days? Driving one handed and the chin moving like they were chewing the best gum ever? New York and New Jersey have the no handheld law's too. I know. But I only got a warning as I had just entered the state on a delivery.

On three occasions in two different states the police have done a welfare check on me while I was pulled over on the side of the road to take a cell phone call.

Smart move, and good for them!

I don't talk and drive. I'll answer, but then pull over.

Oh, really? Only SOME men have shorter convos. SOME men talk more. A bit sexist, don't you think? LOL. However, if you men spent less time adjusting your junk you could talk more on the phone in meaningful conversations. Kiss, kiss! ;)

Aren't your kids grown adults? Really? You put their electronics in time out? LOL

Men, being the smarter sex, need fewer words to completely cover a subject (as I duck and run like a rabbit).