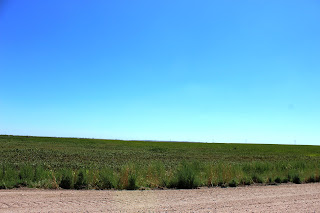 “Your damn solutions”, was his response.

And the point of this? I really dislike people who point out problems, often clearly, but have no solution and expect someone else to solve the problem.  What gripes my guts is when I can’t think of a solution but still want to bitch.

Half baked ideas emerge from my mind as I drive on long trips. Since I don’t listen to music or even turn the radio on the mind is free to roam as the body drives on autopilot.

Last week was a trip across the Colorado High Plains to near the Nebraska state line. Many conflicts between the indigenous inhabitants occurred in the past and my travels took me near some of the larger ones.

The elites of the time had little or no regard for the Indians. They had their hands full of that era’s version of Deplorables. What better than force the Deplorables West and replace them with more malleable immigrants?

Money could be made off both the emigrants who were still consumers and the immigrants who would work cheaper. Too many of the Deplorables were veterans of the Civil War/War of Northern Aggression and a menace to the status quo.

Overrun with invaders, the Indians fought back, often with great success, and were clever. Consider the “peaceful” Black Kettle village massacred at Sand Creek. Many creditable accounts exist of horses and mules found with steel shoes, of scalps from Caucasians, and other trophies. The young men would go out raiding and then find welcome in the “peaceful” villages.

For the record, I cannot blame the Indians for trying to preserve their way of life. Nor do I feel guilt because I’m a descendant of the invaders.

The Indians were subjugated. They never could form enduring cohesive alliances and had no answer to the industrial base supporting the invaders. The bison slaughter eliminated a major food source.

Today we have elites plundering the Deplorables wealth via inflation and taxes. Wages? Why the open borders? Cheap labor and an assault on our traditional way of life. Divide and conquer. Food supplies are threatened in many ways including destruction of infrastructure and supply chain disruptions. The list goes on.

What is a solution, or solutions? I don’t have answers except for one. Each patriot takes one firearm and shoots one of the corrupters.

Will I be the first? Probably not.

Posted by Well Seasoned Fool at 8:57 AM

Do we 'make accommodation' with them? I don't think so, because that would never end. Personally, I think the trucking industry is going to be the catalyst that trips things off, when they stop going into the major blue cities because it is unsafe. Food, or lack of, will be the real trigger out in flyover country. If the elites try to take all the food, then it will be on for sure.

Time to gather the militias again, or a Home Guard, or whatever you want to call them.

DrJim
Workable and necessary. In the past such organizations have been riddled with undercover LEO, informants and provocateurs. OPSEC needs to be paramount.