Give Me a T for Texas

The route I drive goes South on Nebraska 71. From Scottsbluff to Kimball it is four lanes and 65 mph (70 mph seems to be tolerated as I've never been stopped). South of Kimball it is two lanes, no shoulders, and 60 mph. After crossing the Colorado line the speed limit is 65 mph. Hard to do when the road is like this. 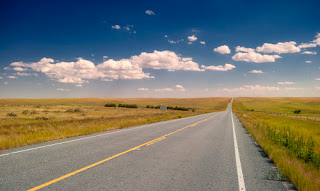 I have a healthy fear of these sneaky public servants. 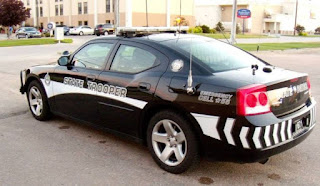 They are good at their work. While I seldom see one on Highway 71, it is often enough to keep this scofflaw nervous.

Today a gentleman in a white Fusion Hybrid with Texas plates blows by me just past the Kimball Airport turnoff. Ah, a rabbit to follow. A 75 mph rabbit, with me discretely following a half mile behind. Ran the whole length to Colorado 14 where he turned East and I turned West. Probably jogged over to the continuation of Highway 71 to Limon and then Hwy 287 to yeeha.

Hope he made it. We didn't encounter this. 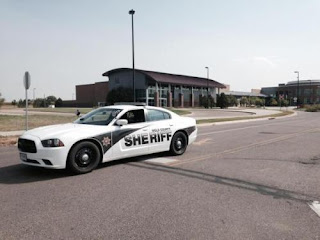 Not to mention this. 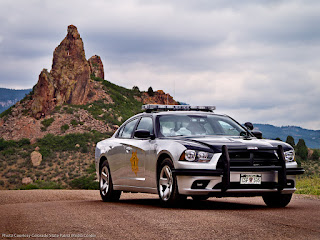 So thank you Tex, whoever you are, for saving me twenty minutes today.

As a side note, I see lots of Charger Police Cars. To my knowledge, Chrysler has never solved the cooling problem. When the po po run wide open for very long, it is windows down, a/c off, and heater on full blast. Or, just get a Ford.
Posted by Well Seasoned Fool at 4:20 PM

Here in TX we generally add 5-10 MPH to speed limits on the open road (city streets are another matter). I generally set my cruise control at speed limit +8, and I often get passed. I've passed several cops at +8 and never been pulled over.

It's a hard habit to break when we visit other states. We also have long stretches of road with 75-80 MPH speed limits, and even one toll road where it's 85. Again, it's difficult to drive slower when you're used to driving that fast.

Karma bites. Got nailed by Denver PD today for 65 mph in a 50 mph zone. DIA area. Even though I was wearing a seat belt, he cited me for a seat belt violation. No points, no DMV report, and won't affect my insurance. $97 bites.

Wonder if this is karma-tic payback for my smart ass remarks about the Texas driver?

I've found the speed limits in Texas, for the most part, to be reasonable.

I can just see your grin of delight just before you typed your witty reply.

My son-in-law, a retired cop, says that the rabbit thing usually backfires as he stops the first one he gets too. The rabbit usually gets away and the one behind gets the ticket. All the cops I talk to don't care much for the Chargers. Something about the delay when going from reverse to drive when they have to turn around to chase the bad guy. It lets the bad guy get too far ahead, or lost in city traffic, or what ever. That is what I was told.

I am very selective on using a rabbit. Long straight two lane rural roads or empty Interstates at 0dark30.