Back to The Day by Day 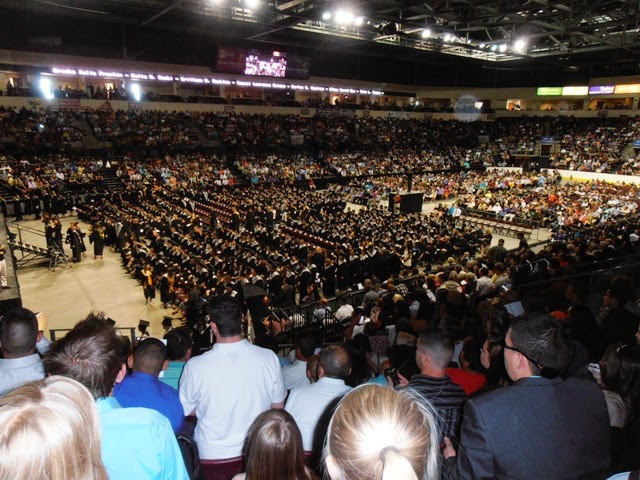 Granddaughter graduated from High School. There were about twenty of us there to cheer her on. What a delightful young woman she has become.

Lots of time with the other grandkids. We went to the zoo. What a mob of grandparents, great aunts, aunts, uncles, cousins, etc. What a great time!

Had a chance to talk to my son and daughter in law at some length. He has some serious service related health issues. They are having problems with the bills and ongoing care for the son involved in the horrid van accident. Let's see. US Government owned van. Being transported on a US Government sponsored and sanctioned trip. Driver a US Government licensed employee. Nope, the government isn't liable for the injuries to all those kids; all of whom are military dependents.

Speaking of stupid. The weather today was severe clear, no wind borne dust, extremely dry roads with no curves for miles. Yet, there were seven accidents involving cars traveling to the venue, even in the parking lot.

The various speakers surprised me. Lots of references to God and to Jesus; all of which received wild applause from the audience. Talked about their 91% graduation rate in spite of way to many meaningless tests - this was administrators talking. Seems at least one New Mexico High School isn't following the progressive line. From the crowd's response, it is obvious the community agrees. Finally, the principal told the graduates they are facing an economy that sucks, that is bleeding the middle class, and the prospects for them having as good a life as their parents aren't good. His message was adapt and keep learning. Not what I expected to hear!
Posted by Well Seasoned Fool at 10:51 PM