Hunting With My Father 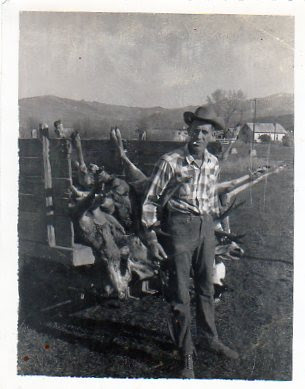 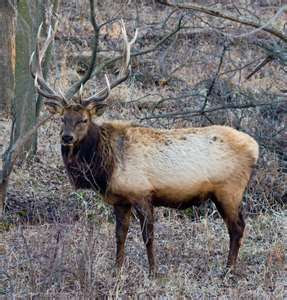 From an early childhood, I was involved with hunting. I was part of the group, but it wasn’t until I was a senior in high school my father and I, alone, went hunting together.

For many years, he guided hunters and provided horses and gear. This was a critical component of the family finances. Hunting was, for me, work. Pack in gear and hunters. Pack out game, hunters, and gear. We were always subsistence hunters. Guiding hunters was simply an extension of food hunting. No one worked harder, and put in more hours, than my father. I was expected to keep up. Sometimes, it was just the two of us packing, and we “hunted” as we packed, but the packing took priority.

By my senior year, my father had found a good paying, steady job, at the power plant. My mother had a job with the Forest Service. We had a small ranch but it wasn’t large enough to provide a steady living. With the acquisition of the power plant job, my father quit guiding.

We were hunting elk and were sitting on a rock, on the South face of a scrub oak covered ridge, waiting for the pressure of other hunters to drive something past us. At that time in my life, I had acute hearing. I heard an animal moving quickly from our West and alerted my father. He didn’t believe me at first. I got into position, aiming where my hearing indicated I would get a clear shot, and waited with my Model 94, 30.-.30, open sights. The bull came into view, about 150 yards below us at a trot, with a downward angle of about 45 degrees, and 90 degrees to us, i.e, broadside. Now my pride got in the way. Wanting to impress my father with my skill, and not spoiling any meat, I aimed for a brisket shot. Just as I fired, the bull stopped. I saw hair fly, then he was gone. Had I aimed for a neck or shoulder shot, he would have been meat on the table. We checked for blood and only found a few spots. Nothing to indicate a serious wound.

That day some “Sportsmen” jumped a elk herd a few miles from us and started shooting. They wounded more than they killed. We came across some of the wounded and put them out of their misery.
I came across a gut shot yearling cow who was so exhausted she stood bleating and watched me shoot her from less than twenty feet. Made me feel like a mighty hunter - not.

The game wardens managed to catch and prosecute several of the “Sportsmen”.

Turned out my father and I never hunted together alone after that. We hunted with others, but that was the only time it was just the two of us.

I read about other folk’s hunting experiences and wonder if I missed something. I enjoyed the outdoors experience, enjoyed the successes, the tracking and stalking, but only in the context of putting meat on the table. Always, there was an underling tension of not wanting, not allowing, failure. Hunting just for the enjoyment of the hunt I can understand, at a mental level, but I’ve never felt it.
Posted by Well Seasoned Fool at 8:09 PM

Not the first time I've heard that sentiment, when it's "work" there is NO fun quotient. I'm sure you and your Dad had your share of Both good and bad hunters too.

@ Old NFO A few bad ones. He picked up a Oklahoma family in the construction business that were quality people. They essentially paid him to go hunting with them. Still our horses but they brought their equipment, C-172, etc. They were respectful to the locals, spent money, but were of high moral character. That lasted several seasons until they started hunting in Africa.

I remember well helping our father skin the deer & elk that the guests had killed. I was the right weight to hang onto the hide for tension as he cut it off the carcass. Spent many a long evening in the unheated barn with him. Good quality time with our father & more when we cut up the meat for our table. I got to go hunting with Dad a couple of times - mainly to take care of the horses while he picked out the animal that he wanted & took care of business. He was a one shot hunter & rarely missed since we depended on what he brought home. Miss those days & Dad...but good memories.

One shot? He went twelve seasons on one twenty round box of shells.